This stunning yacht is the first of the new 32 XP Explorer series from Numarine, launched in the summer 2017. Marla is the first of three current orders for the new design which alongside bold styling has a range of 3,000 nautical miles at a cruising speed of 12 knots.

Energy Solutions have worked with Numarine on numerous vessel systems and were bought in to work on the electrical systems for the XP Explorer from the outset. Energy Solutions’ Engineering Manager Daniel Cox explains: “We have worked with Numarine since 2010 and we were delighted when they asked us to be involved with this new series. The design of the electrical system and interfaces was a collaborative process; we worked closely along the Numarine team to ensure that we designed a system that met all of their performance and design objectives.”

From start to finish the design and production took 6 months “It was a fairly ambitious schedule – with the series being a completely new boat design we were starting with a blank sheet; but Numarine had a very clear idea of how the boat was going to operate so we were able to design accordingly and then work alongside them once the build was underway to fine tune the designs to ensure a perfect finish.” 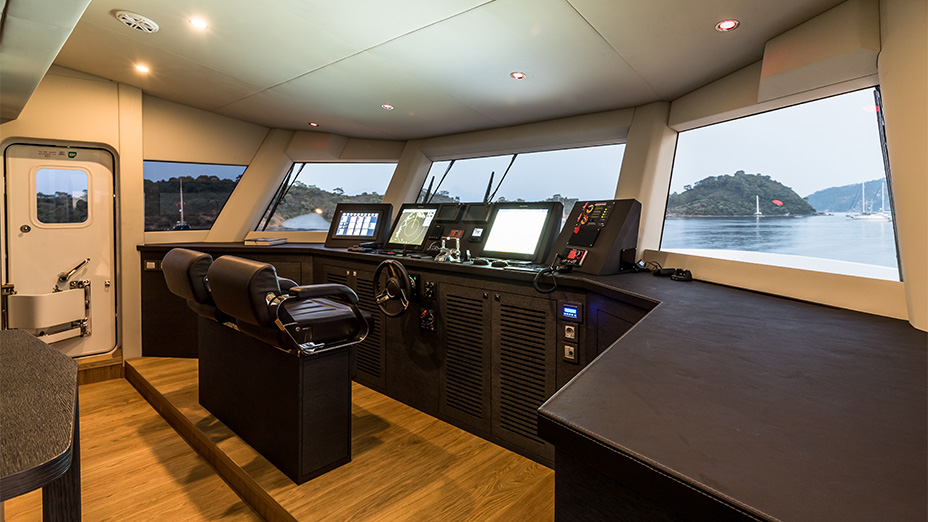 Conceptually the desire was for a simple, intuitive interface that allowed the vessel to be run following a logical set of protocols – this has led to the captain of Marla gaining a full understanding of the system in under two weeks and choosing to run Marla without an engineer.

The helm panels in the main wheelhouse provide the visual interface with the power and control systems. With a mix of both touchscreen and traditional switches the panels are the key to the precise monitoring of the power systems; controlling everything from generator stop/start to visual displays of open hatches and portholes. Repeater panels in the crew quarters and engine room mirror key elements of the helm panels allowing multiple monitoring points.

Aiding speed of installation Energy Solutions supply the electrical system as a complete package – from detailed wiring diagrams, supply of pre-built panels, programming of PLC’s to design of the HMI’s- allowing the Numarine construction team to install it as the build progresses.  Dan further explains: “We have designed the system so that it can be fitted in sections; and also to have a level of flexibility so that both European and US specification models can use the same power and monitoring system with only a few adaptations. We are already started on the system for the 2nd boat and looking forward to starting on the 3rd.” 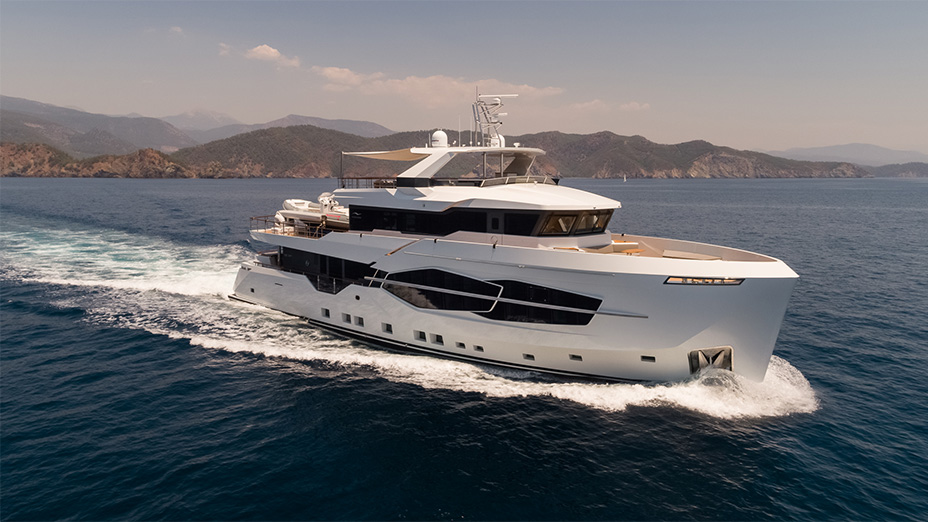 Malcolm Hutchison, Technical Director at Numarine has worked with Energy Solutions throughout the process and concludes: “I chose to work with Energy Solutions way back in 2010 because I knew some of the team and that they were all logical, proactive thinkers. At Numarine we want our yachts to use the latest technologies but at the same time feel intuitive and logical, easy for owners and captains to get to grips with. Field support is also essential on these systems and the Energy Solutions team are always there when needed, standing behind their systems.”