VariPower is a variable speed generator combined with a highly efficient lithium battery bank. Developed, designed and manufactured in the UK. The unit provides transportable, instant power for temporary, back-up and off grid situations in any environment.

Unlike traditional generators which only run at one speed whatever the load demands, the variable speed generator combines the latest control technology and PMG alternator and will run at the most efficient RPM (between 900 – 2000) dependent on the energy requirement; providing just enough power for the load and to charge/top up the batteries without any waste.

When demands are low the generator will run at just 900 RPM, producing very low noise, using less fuel, and less CO2 and NOX. For times when a higher load is demanded the generator can move up in speed to anything up to 2000RPM; delivering higher amounts of power, quickly and efficiently.

The batteries within each unit act as an energy store; so at times of very low demand, or when completely silent power is required, the batteries alone can run the load, the generator will not need to start at all. At this point no fuel is used and emissions are at zero.

The built in intelligence of the system means the VariPower provides power in the most efficient way possible without the need for user intervention.

See our full range of hybrid power products from portable to containerised.

The benefits of a variable speed hybrid generator

The generator is much quieter when running at lower levels such as 900 rpm reducing noise considerably. When only the batteries are supplying power the unit is silent.

The generator is only running at the level needed therefore it only uses the fuel needed for that power demand, there is no waste and costs are significantly reduced.

Because the generator only runs at the level needed, not at one constant high rate, it will not get to its service points as quickly – which will reduce overall maintenance and service costs.

Because the batteries can power low loads (for example at night time ) there are periods when the generator does not need to run at all, therefore reducing carbon emissions.

The unit can be used in a multitude of different environments with any demands, making it an ideal rental unit.

Integral forklift pockets mean the VariPower can be easily placed on a trailer or lorry and delivered to site. It is also available pre-mounted on a twin axle trailer.

Built in intelligence means the generator automatically adjusts the engine RPMs to match any loads. No manual intervention required.

Overall the unit can reduce costs on average by 56%1 compared to a standard 1500 RPM generator. 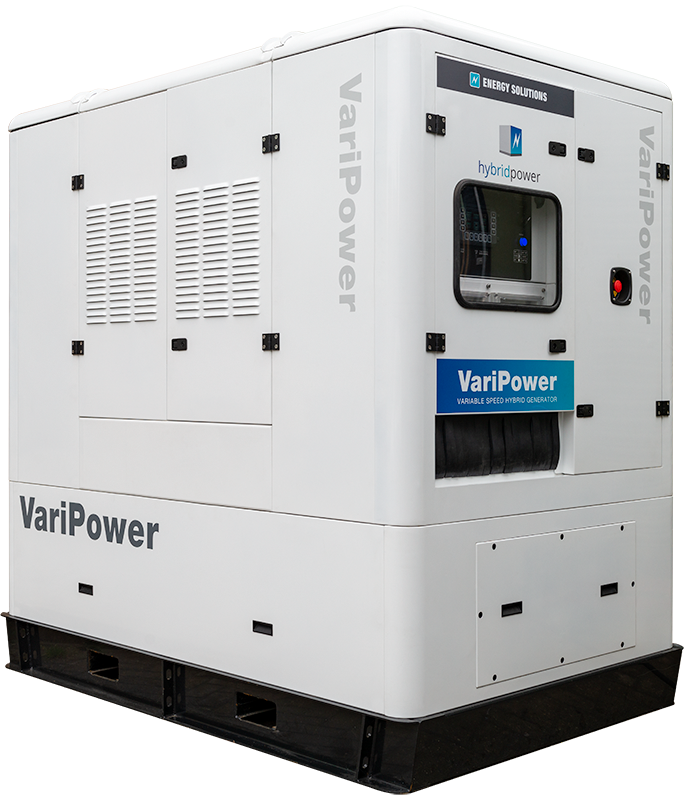 Perfect for a range of applications

The VariPower unit has been designed to address a range of markets, from temporary sites to permanent off grid situations. It’s efficiency and flexibility makes it suitable for:

The proprietary control system offers a straightforward way to operate and control the VariPower.

The display screen allows monitoring of all the relevant data from the engine, batteries and power electronics. This information can also be viewed remotely via an optional 3G internet connection allowing the reading to be seen on a tablet, PC or smart phone.

The simple design makes it perfect for use in fixed, rental and temporary environments, whilst the remote access gives the flexibility for owners to see the data from the unit wherever they are. 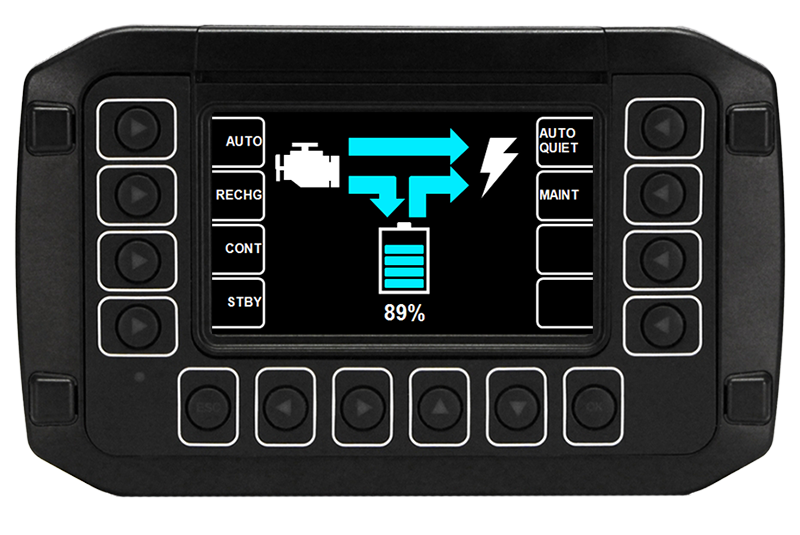 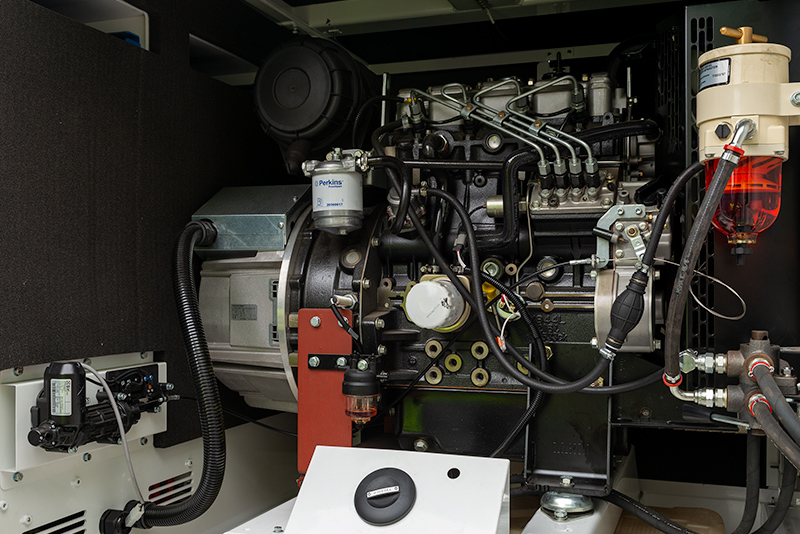 It was selected for the VariPower due to its power density, durability and fuel efficiency. The quiet operation makes it an excellent option as part of a unit designed to reduce noise to
a minimum.

The standard unit comes with 15kWh of battery storage (nominal) using the very latest lithium technology. These batteries have a superior performance which enables use at temperatures as low as -25ºC. The battery storage can be expanded up to 45kWh (nominal) as an option. 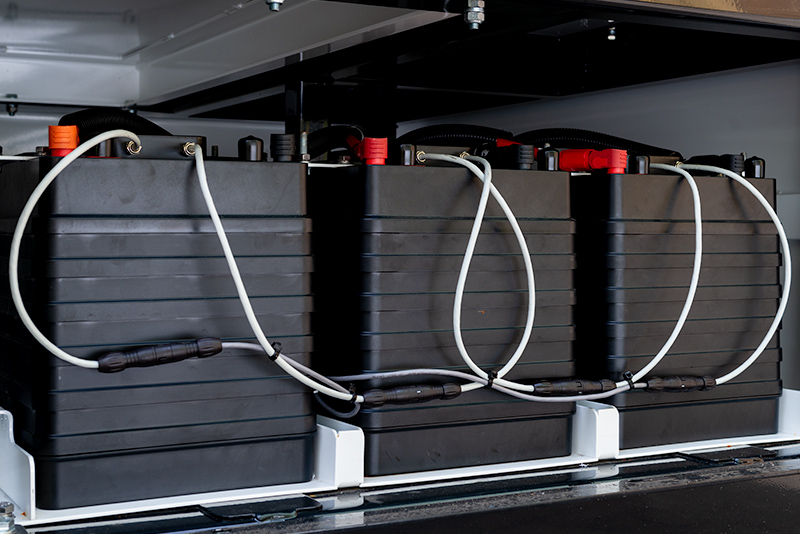 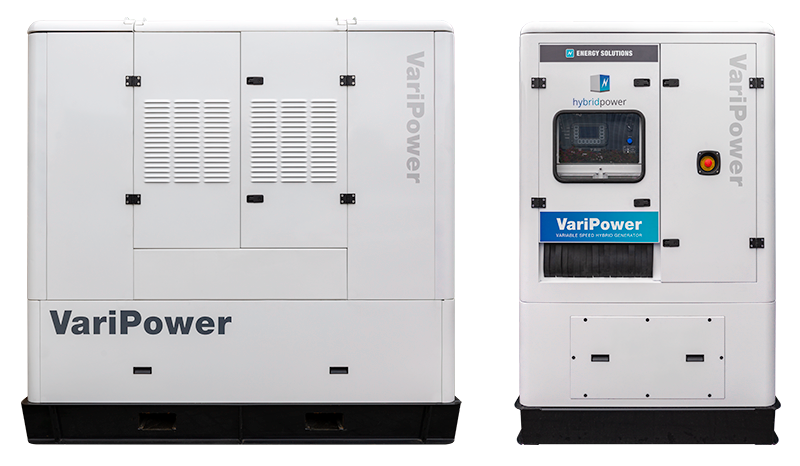 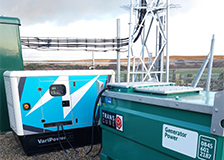 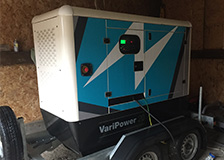