One of the major advantages of using a VariPower variable speed hybrid generator in place of a standard diesel generator is the potential of significant savings in operational costs from reduced fuel demand and longer gaps between servicing.

The VariPower pictured here was deployed to power a BTS located in Alnwick, Northumberland.  The system was coupled with a separated bunded fuel tank and monitored via the Netbiter control and monitoring panel. The owners of the site were looking to reduce operating costs, but also as a remote site they were keen to find a system that required fewer servicing and refuelling visits.

The unit was monitored closely and initial data showed the average loads to be in the region of 720W, without much diversity.  The chart below shows the RPM in grey and the load in blue.  As shown the generator experienced extended periods when it did not need to run - as the stored power in the batteries was enough to cope with the load for periods of time.  During the deployment the average load increased to 1300W which meant the generator run time was increased.

The chart below illustrates the variable speed in action.  The initial load (shown by the blue line) was in the region of 5 kW and the RPM (shown in grey) moved towards 2000 RPM; as the load drops to around 1700 W the engine moves down to 1300 RPM then finally stopping as there was enough power stored back in the batteries.  The load continued at 1700 W for a period of time before being switched off.

During the deployment the generator ran for 32% of the time producing an immediate fuel and emission saving of 68% versus running a generator 24/7. 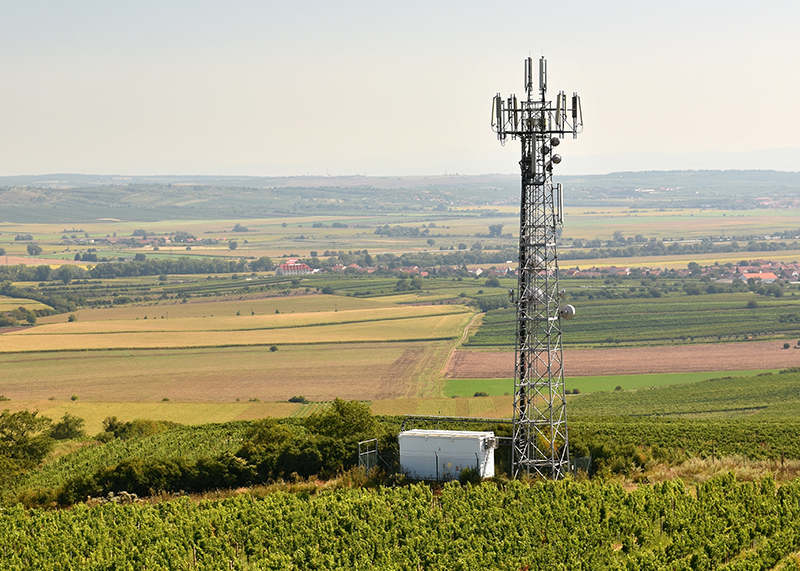 To illustrate the fuel saving more clearly it is worth noting that a typical engine used in a fixed speed 20kVA generator would be in the region of 2.2Ltr.  As the VariPower can make use of the higher RPM range it uses the Perkins 403 series of 1.1 Ltr engines.  The use of the smaller engine again reduces the fuel usage when running as against the standard engine 20kVA set by as much as 30%.

VariPower was installed and provided power for 384.5 hours and in that time a standard 20kVA  generator would have used in the region of 1.7 litres per hour a total of 653.65 litres.  The VariPower when running used 1.1 litres per hours and with a run time of 121 hours during this period used 133 litres an actual saving of 79%. This also reduced emissions by 674 Kg of CO2 and related NOX.

Although not used in this instance fuel and cost savings can be increased by the use of renewables as the VariPower is capable of accepting up to 4 kW of solar which may or may not be able to be installed on the site.   Installing 4 kW of solar would have further reduced the fuel use by 12% with  power being delivered by the solar array.

Mark Penny, Commercial Director at Energy Solutions concludes: “This example shows how VariPower can deliver considerable reductions for clients in operating costs, and emissions, compared to using a diesel generator alone. And as a straight replacement or alternative purchase to a traditional generator they are a simple to implement solution for businesses.”