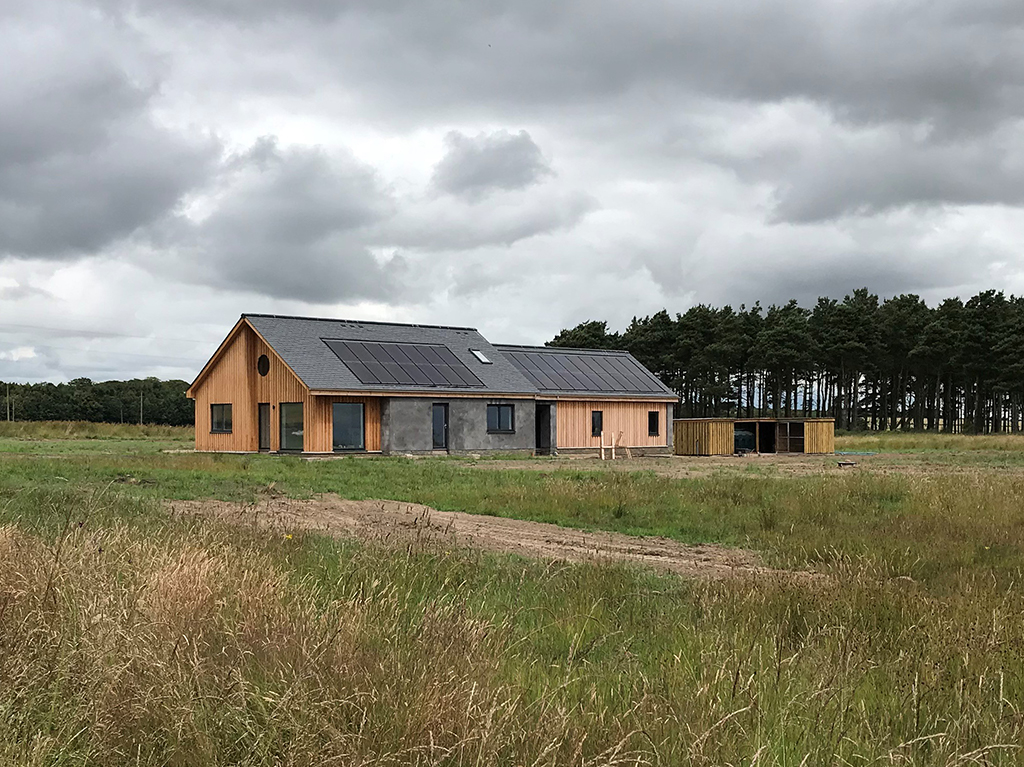 Our Off Grid team have been working with Marcello Volpi on his home, Kellymoor Lodge, from early in the build stage. Marcello is based near Arbroath on the Eastern coast of Scotland and has built his new home on a 100 acre section of the former Panmure Estate.

Looking to adopt a sustainable lifestyle, Marcello wanted an eco-friendly new build that could support energy efficient appliances and use gas for cooking and heating. Due to the high costs for getting a mains electricity connection, Marcello started to look for an off grid power solution instead.

“The attraction of an EasyGrid Off Grid Power System was the simplicity – I could have all the elements delivered to site and my electrician was able to install the unit and generator. I already had a local solar specialist to help with the installation and connection of my solar panels, so we literally just had to plug those in as well.” Explained Marcello. 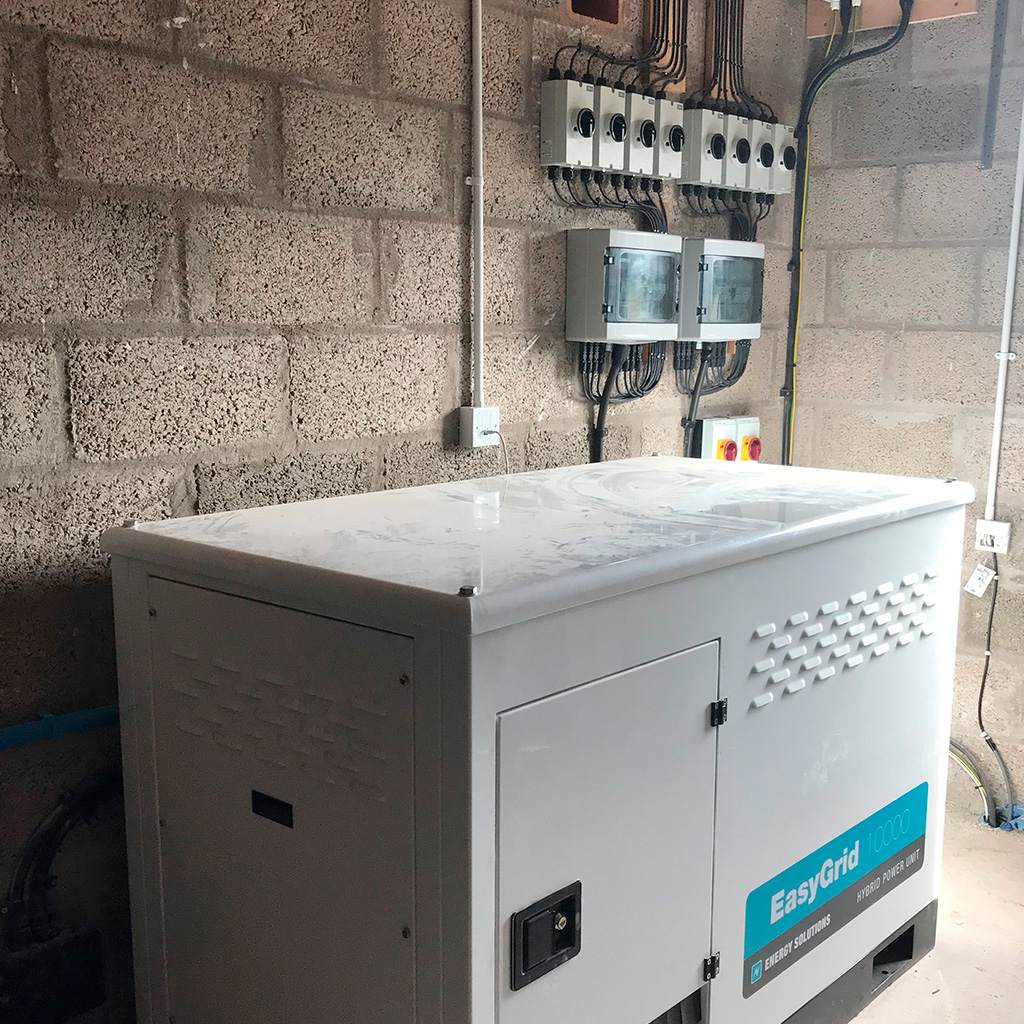 The team at Energy Solutions helped Marcello assess his power load requirements – he is setting the house amongst his own nature reserve - planting trees & plants native to Scotland, building ponds and areas to attract insects, animals and birds - so as well as general residential loads he also has a small requirement for work tools.

The team agreed that for his current usage and for a small uplift over the years, an EasyGrid 10000 would be ideal with a JCB G17QX generator alongside his solar array.

The home is now almost complete and Marcello is looking forward to moving in to his new off grid property. 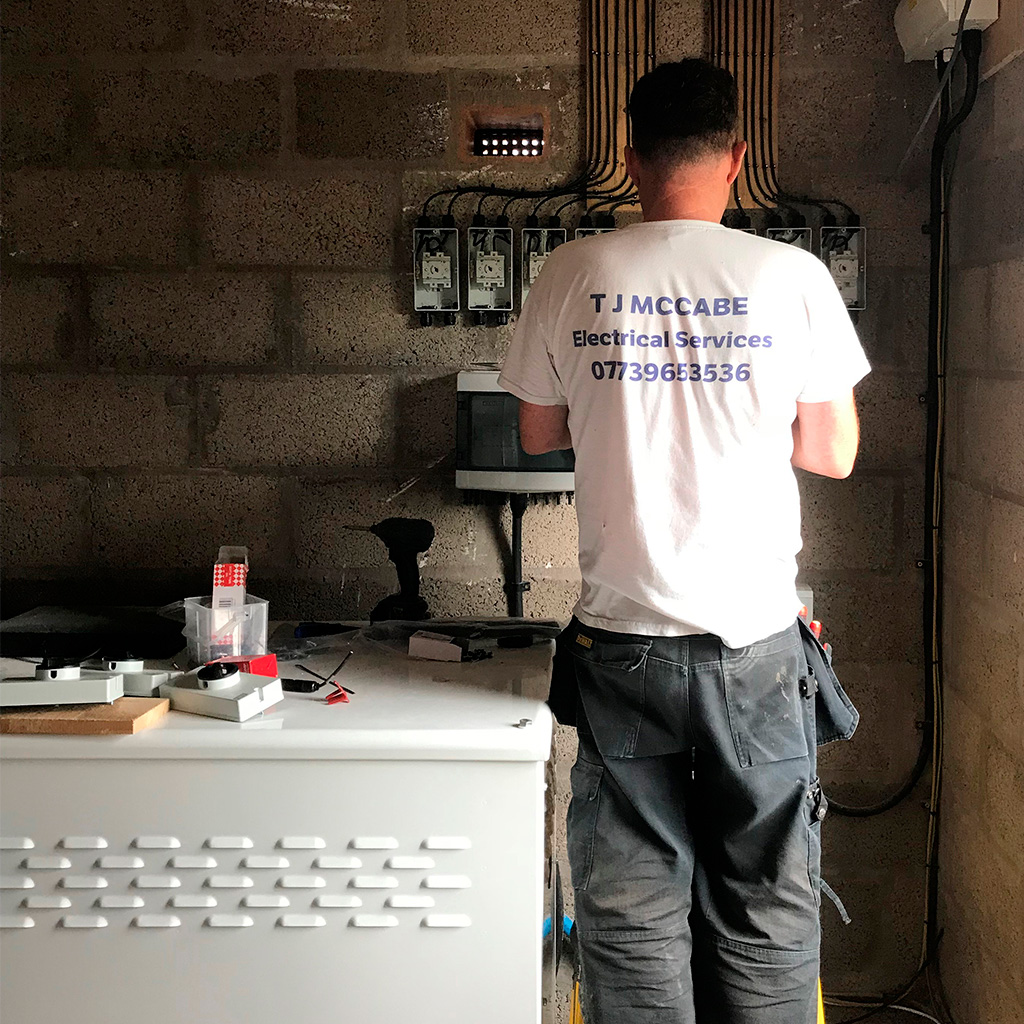