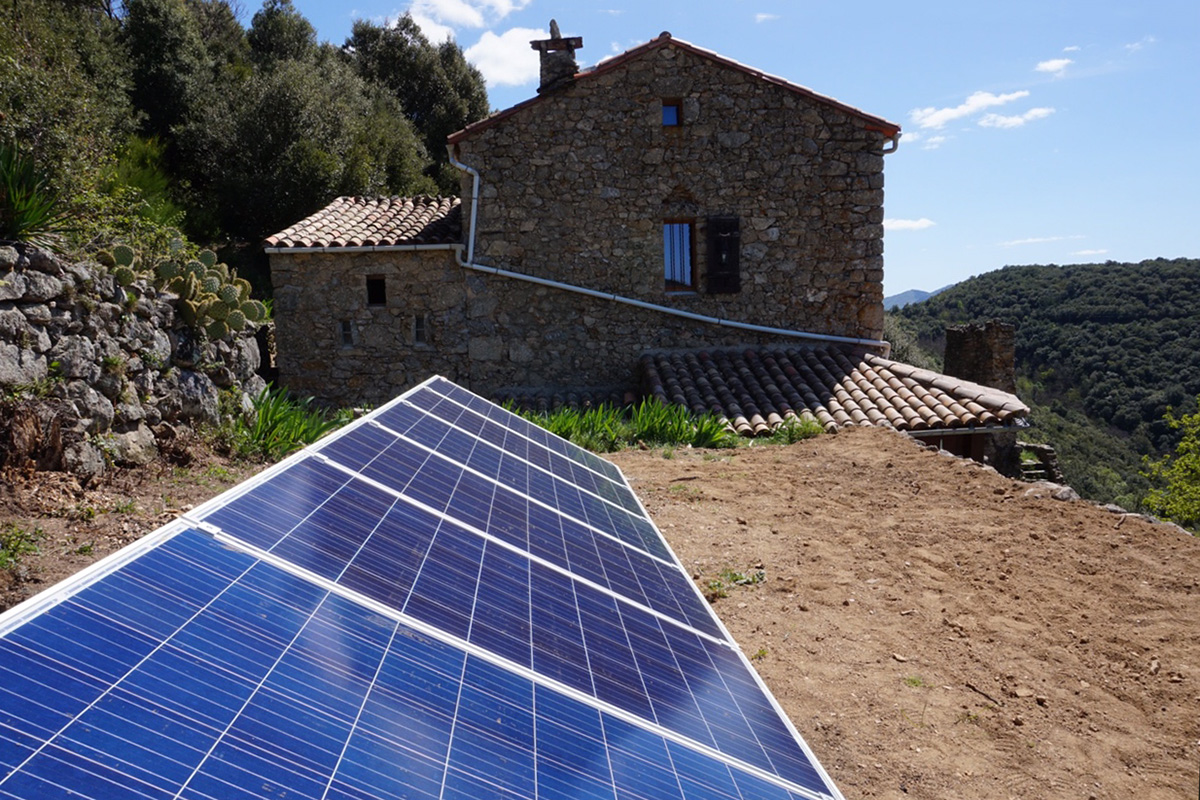 With breath taking views from it’s secluded position 600m above sea level this holiday home in the Cevennes Mountains in the south of France is an idyllic spot for Kit Rose and his wife from Kent. Kit’s parents bought the property as a ruin back in the 1970s and renovated it through the course of his and his sibling’s teenage years. As a house it has always been totally off-grid; rainwater is harvested from the roof and stored in a cave beneath the house, and for many years electricity has been generated from a single solar panel on the roof, stored in batteries, and inverted to 240 volts for use in the house.

The electrical power had always been very minimal, supplying simple low energy lighting, and, on a good day, the ability to pump the water from beneath the house up to the header tanks in the roof space. Kit explains further: “Water heating and cooking had for all these years been powered by camping gas. We also somehow survived for many years with just a camping gas fridge, a tiny unit which was both temperamental and pretty useless - cooling wine and beers was a strategical nightmare!” 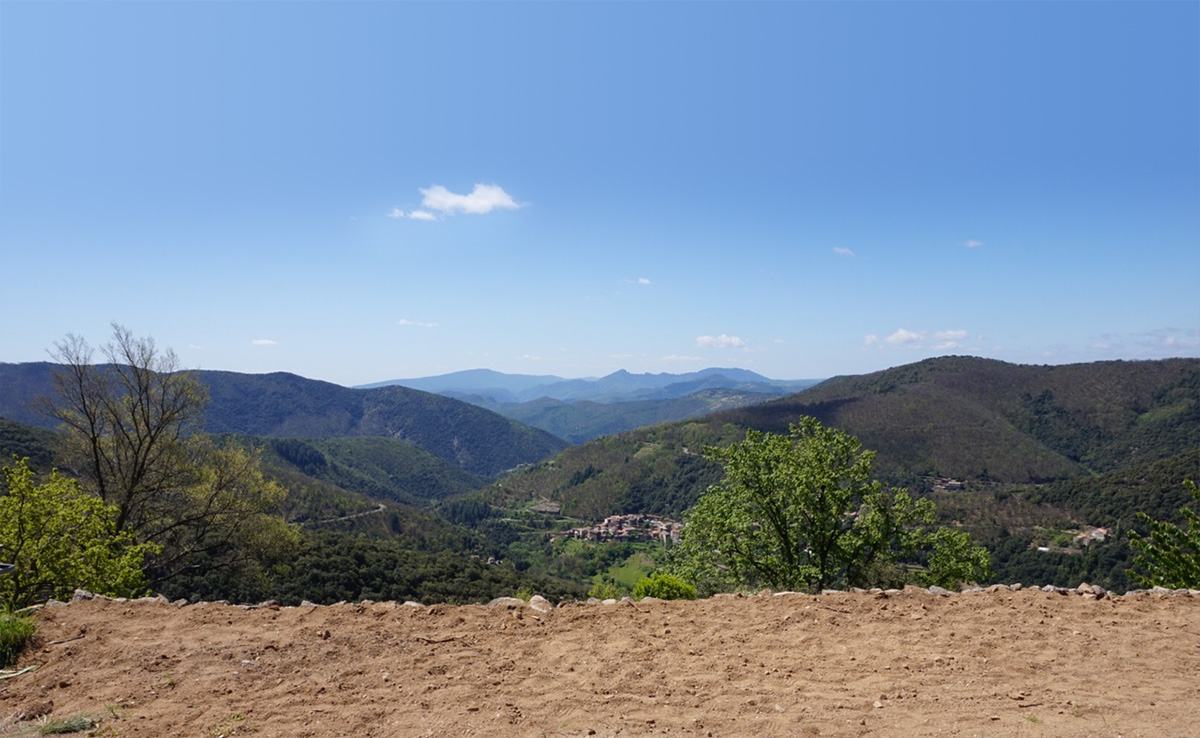 Recently, the couple have begun making improvements to the living standards and are now getting down to the property more frequently and for far longer periods. They now have a wood burning stove, double glazed windows, and are slowly installing insulation as they work their way around the house.

As part of these improvements the couple purchased and installed an EasyGrid 3000 system with generator from Energy Solutions and the change in available power has been a turning point for them. “This reliable and far more powerful source of electricity has enabled us to lift the accommodation from the standard of camping indoors to something more akin to luxury living. We completely re-wired the house, and with the new electrical system now in place we are enjoying the benefit of the power. We have recently fitted a new kitchen, including a full size larder fridge, induction hob and microwave/convection oven combination. The stored energy of the EasyGrid is ample to run these appliances, though the initial drawer of power to the convection oven does cause the auto start to trip the generator into life. We can run an electric lawn mower, or bench saw, both of which are higher wattage than the oven, but blessed with ‘soft start’ they do not trip the auto start and run happily on the power of the batteries! 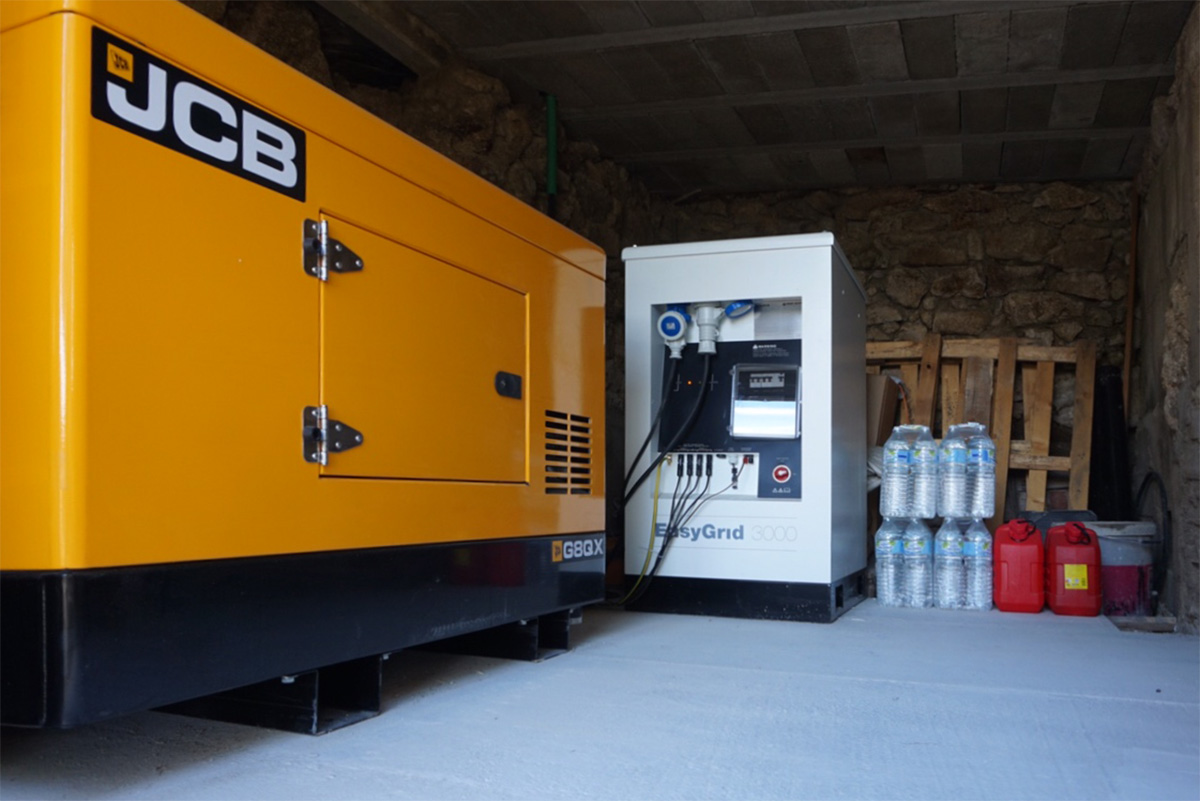 The six solar panels are mounted in a row on a terrace, on the west side of the house, this was done for convenience and proximity to the EasyGrid. The harvested solar power is then transferred to the EasyGrid system set up in a garage below. Electricity is brought into the house via a 30 metre length of armoured cable buried underground and emerging beneath the consumer unit within the house. The JCB G8QX generator is set up in the garage with the EasyGrid.

The next stage for the couple is changing their hot water supply to an efficient immersion powered from the EasyGrid, which will be the final step for their move to luxury holiday living.

Find out more about EasyGrid